One of most predominant and iconic storylines of the popular hit series, Game of Thrones, follows orphaned and traumatized Arya Stark, who flees on foot after the beheading of her father. She is held prisoner by various captors, narrowly escapes torture, her journey is isolated, fraught with hardship and most of all, lonely. Despite the seemingly hopeless elements, she faces the odds with defiance. She is brave, resilient, confident, and her defining factor, a kill list for all the ones who wronged her or her family. Obsessed with revenge, she repeats the names of her enemies every night, the ones she vows to kill. Her prized possession was her Valerian sword, gifted to her from her beloved half brother, Jon. Her sword, christened “Needle” represented her core identity, the last remaining tie to her home and family.

Her journey leads her to the temple of the Many-Faced god, and those who serve him, the Faceless Men, the feared assassins of the city that keep the peace. Arya arrives, with vexed determination to achieve the art and mastery of death as quickly as possible. Instead, she is given a broom, and instructed to clean the floors.

Each day she is interrogated “Who are you?” if she answers “Arya Stark” she is abruptly slapped in the face. If she answers “A girl is no one” without the sincerity of truly believing that, she is also slapped.

This goes on for months as her spirit and drive fades and the fact that she truly is “No one” invades her soul. In the eyes of the Many Faced god, she is only a vessel, a tool, a girl who wears many faces but has no prevailing identity. Her pride ultimately caused her to overstep, and to achieve the true and complete brokenness, she is struck with temporary blindness, and cast out on the street. Every day, her fellow nemesis comes to spar with her, allowing her the use of a stick for her own defense, leaving her to blindly flail as she receives blows from the unseen opponent.

Finally, she utters with the truest of sincerity, “A girl has no name. A girl is no one.” It is then that she manages to finally master the deadly skill and accuracy of the Faceless Men, through the power and strength of being “no one”.

I’ve always found the identities that humans deem fit to claim a rather curious study. At times, a person feels their value and identity is found in a group, in a club, or in their money. For some, it’s their house, car, collections, their possessions. For the deeply religious, they find their identity in the security of their beliefs, and others, the lack of any belief at all.

I am rather disgusted by how society passes out cookie-cutter identity options which then becomes the person’s sole connection for self confidence and self worth. Most of these identities aren’t truly found in a true and deep place in one’s soul, but rather by what they feel pressured to choose by culture, family or peers. The entire two-sided coin of the political system seems like a massive facade, constructed to keep the people’s focus on “getting their team to win” when in reality neither side ever wins, and the great mysterious forces that prevail on actual decision making continues unnoticed.

For most of my life I was saturated in a culture where a persons identity was the most defining thing about them. After meeting someone new, the countdown begins. We had to solve several questions before any acceptance on our part was granted. “Who are you? Who were your parents? Where did you come from? What do you believe in?” and then our pre-conceived judgment would form around the answers we were given.

So naturally, I assumed, a persons chosen identity was the most important thing one could ever discover. I set out to find mine. Thing is, I really never could. All the identities that hung in the dressmakers’s shop, begging me to choose, were revolting. Why would choose an ID card that would alienate me from all the other people with different ID’s? Coupled with my belief that the road less traveled by was always the safer route, any ID option with a cluster or a crowd looks less and less appealing.

Unfortunately, I’ve discovered the hard way, that humans are extremely frustrated if you fail to claim a pronounced identity. They will assign you one based on their own charts and assumed data. Predictably, once you give them a new data point, the surprise on their faces is obvious. I have seen it many times. Heard the “You aren’t like what I thought” too many times to count.

The fun rumors surrounding my departure from my childhood culture included things like “She doesn’t know her own mind. She doesn’t know what she believes in.” which in turn enabled the confidence of those who thought they could convince me of one truth or another. In reality, I was gathering data on the entirety of everything, I was discovering what I did not believe in, rather then focusing on what I did. Its a completely backwards approach to life than most cultures who urge you to “Set in stone that which you believe.” The primary purpose to plant that sticker of identity on you.

But I was waking up. I was learning truth is often muddled in a hopeless entanglement of wrong motives, pre-conceived notions, assumptions, and personal opinions, and on occasion, straight up, evil. You know the truth once you throw the gold into the fire and let the impurities burn. I have seen seemingly the most “righteous” of souls cast out of the community for sexual molestation of children. I have listened to the most vivid calls to action, to follow the “truth” from the lips of a man who beat his wife and struggled with terrible rage. Weird, that often times, my inward intuition warns me against certain individuals upon meeting them. The “vibes” so to speak, are off, something is shady. And yet, how is intuition proven? It’s not, so it’s not considered truth.

The day I learned “A person’s mouth can lie, but their eyes always tell the truth” was the day I realized that anyone’s facade has holes. When I first walked into an Eastern Orthodox church, it wasn’t the doctrine and the logic that convinced me they knew a truth far beyond anything I had found before, it was their eyes. I was staring into a blissful chasm of happiness, peace, and complete selfless love without judgement, in all of their faces. Whatever they believed had wrought the result that each human craves for in his/her life. My identity meant nothing to them. I could be no one, I could be Some One, it didn’t matter. They only offered love, without bias, without assumptions, and gave me the best example I needed.

Training my mind to refrain from developing pre-conceived ideas about humans, is an achievement I will always strive to complete and refine. It’s amusing, really, that we dare to confine a human, with the thousands of little traits, the experiences and outside influences that generate an unlimited possible sequence of thoughts and decision making and say we are predictable and sane. Created in the image of God means preciously that, we can’t be boxed up, anymore then we box up God. We are gods.

Regrettably, most people allow themselves to be confined by their own chains, by the social norms, by the pressure of peers till our brain deadens and the options are burned by our presented chart of black and white.

In reality, the more time that passes by, the less black and white I realize actually exists. The gray is a vast, vast space. One year I might declare “This is me” only to realize the next year, I had grown and matured past declared defining characteristic. Is either choice right or wrong? No. It’s part of human growth. The pride alone it takes to declare “I know 100% what is right and what is wrong” comes from a very dark small place in one’s soul. What do we know of this vast universe? Have we seen everything? In absolute truth, what are we? Nothing. A girl is no one. A girl is no one, except for the life that God chooses to breathe into her.

Ads work for the consumer because they are directed towards his/her weakness that they seek to solve. They paint a false picture of supposed “perfection” and convince us that we are missing something if we don’t have said solution. It all comes down to identity, to the curse of status. Much like marketing ads, religions and churches are busy selling one size fits all “get saved quick because fire” schemes and targeting the insecure. There is a reason missions travel to the less fortunate of this world, because they know the people are more susceptible, they have a need, a weakness and thus, their advertising works.

I recommend existing as no one. From the little that I have begun to taste, I find it true, sound, utterly freeing. I have no agenda to prove, I have no case to win, I exist in a space where I am untouchable from the judgement, the expectations, the advertising from others, because their words can’t apply to no one who refuses to try to be Some One. 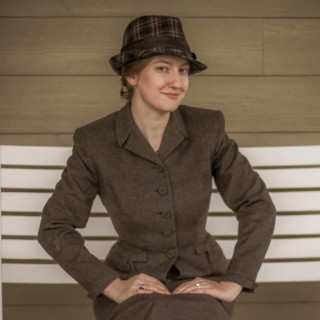 Made some new friends today. Swipe to see the creatures reaction after licking Ron's ear.
There is a beautiful moment of finding a forgotten wig in a box.... and giving it to your siblings.
In WY, driving thru nowhere, we came across where the Oregon Trail split from the California Trail, also where the Pony Express Trail and Mormon Trail were visible. A lone stone marked the spot with the faint wheel marks in the brush still visible.
Every hour on the hour this geyser erupts. Not to be confused with Old Faithful Geyser at Yellowstone, this one is in Idaho. It was a really strange visit in the winter. The sidewalk along the geyser was encased in very thick frozen ice. But around certain areas of the geyser, it almost looked like a desert with oozing red blood, despite the snow.
This park was fascinating on many levels. Located in Soda Springs Idaho, the first video you can see us drinking carbonated water from a pool that bubbles up from the ground. (Video 1. Turn sound down at the end to avoid hearing my voice)
Anytime you see some lonely horses in a field, stop and say hi. A good way to say hi is to bring a snack. We had some pretzels. Watch videos to see reaction to pretzel feeding. Stay tuned for more adventures.